Mun-zooms a place to showcase

Took these in April 2011 in Mikumi, Tanzania…..a wildlife reserve. Giraffes were of special interest to me. But I have to say, the sky and the landscape plain took my breath away.

And the giraffes spot me! 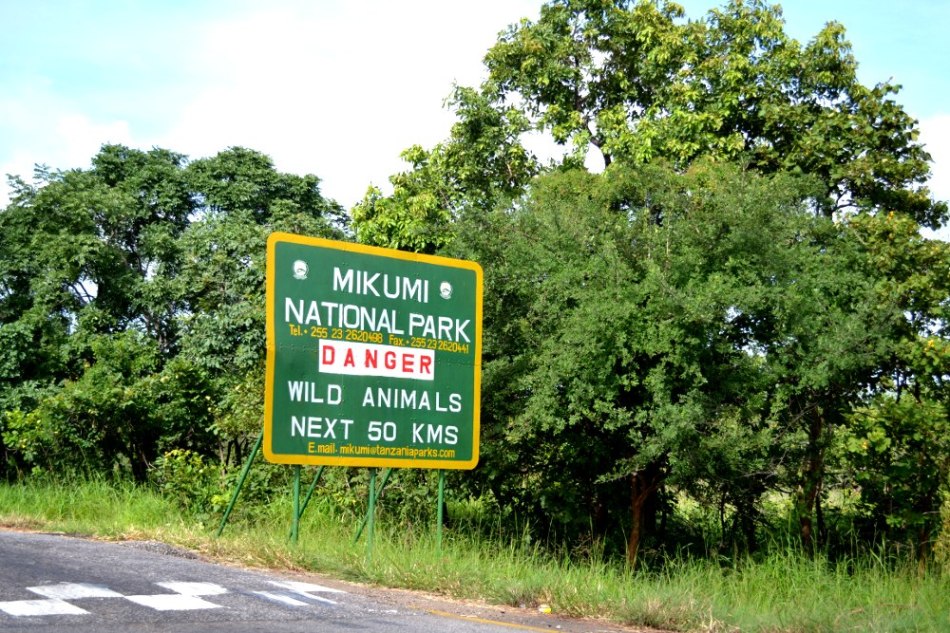 We passed this sign, and then just a kilometre or so later we encountered veritable HERDS of giraffes!

Don’t you just love their curious expressions?! And those distinctively patterned coats against that vivid lush greenery….

We spent all afternoon driving along dirt roads crisscrossing the wildlife reserve. We spotted a lion early on, an old, scarred one, but a real life lion in the wild nevertheless. I had already seen quite a lot of zebras, but I could never get enough of those.

It was as our guide/driver Erik was taking us on a quest for an elusive cheetah that we trundled over a wooden bridge, making as much of a ruckus as a herd of elephants would, that I spotted my other favourite animal…grazing by itself, looking supremely picturesque against the gorgeous landscape that is Mikumi. 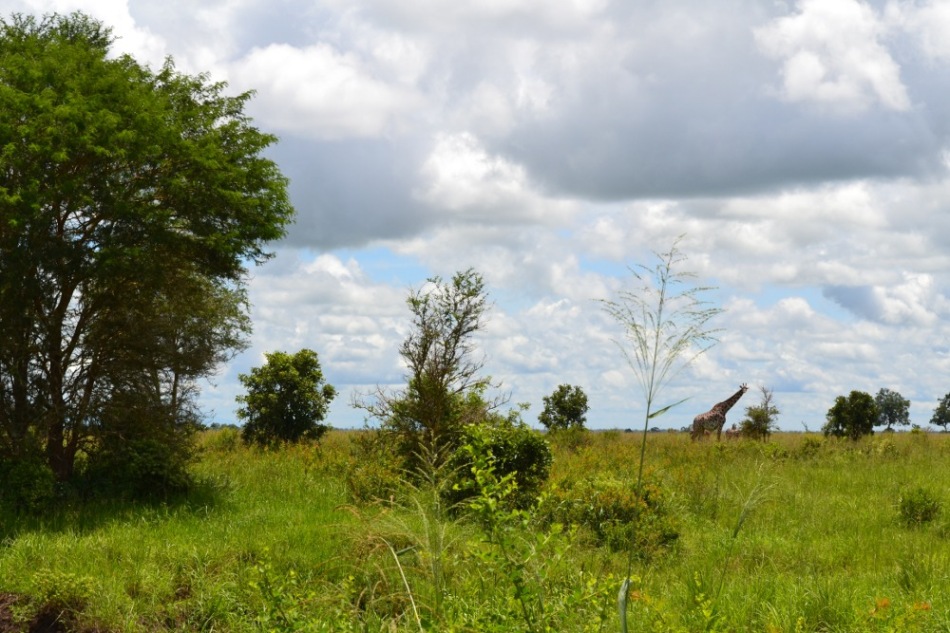 Daressalam University is built on lush green hills, the terrain undulates and leads to various buildings, crossing bridges, traversing slopes, and many tree-shrouded steps need to be climbed along the way…. 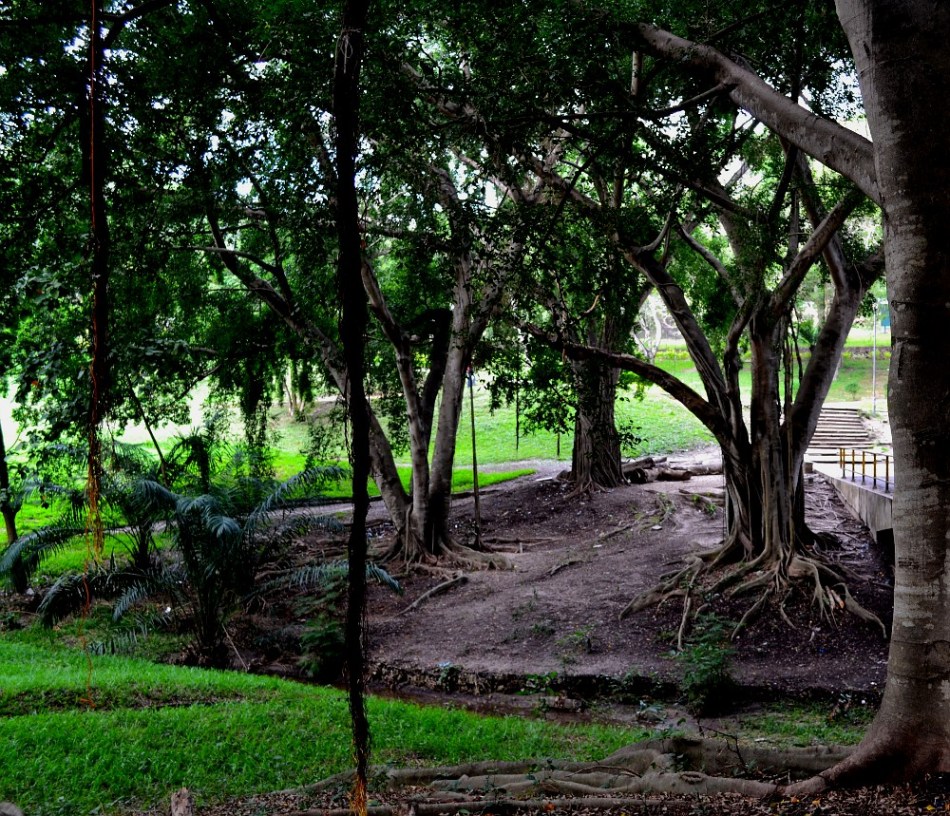 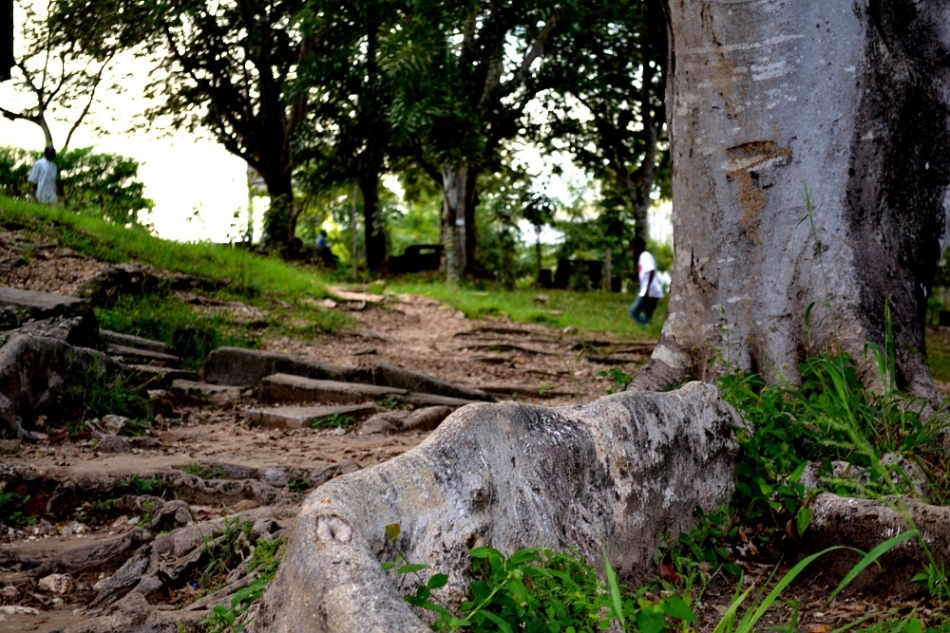 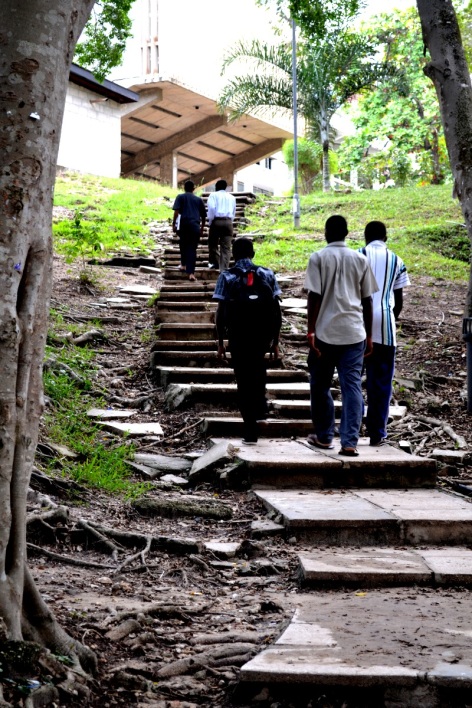 Not in the mood to swim, but just sit outdoors and study my new camera, I found my way to the hotel pool, there to potter about taking pictures of things and peruse the manual. No one there except me, blue sky and gorgeous East African clouds… 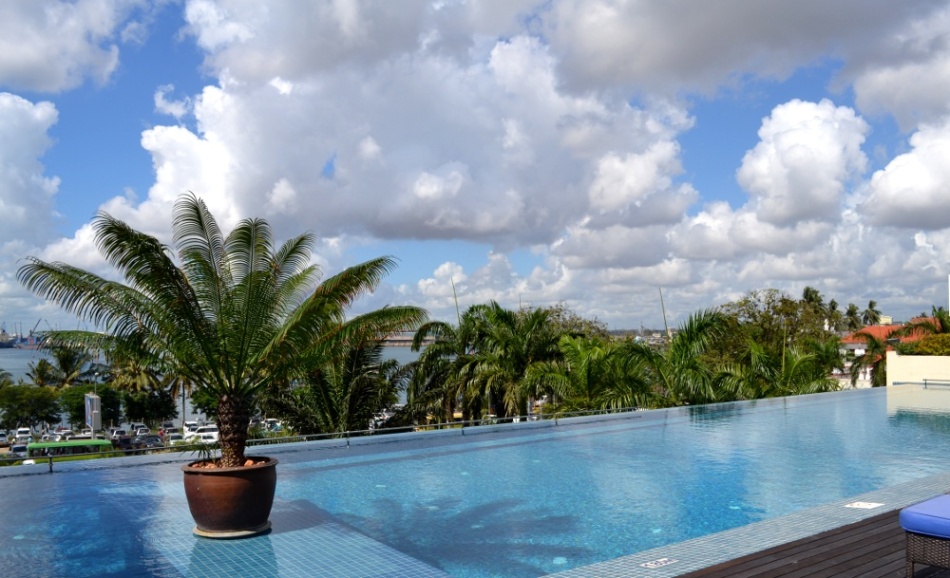 why are East African clouds poofier than Southeast Asian ones? 😐 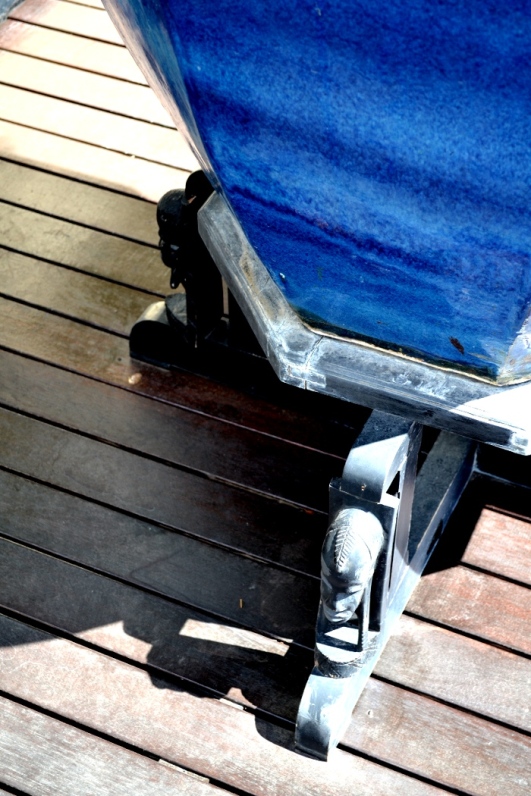 anything Masai catches my eye 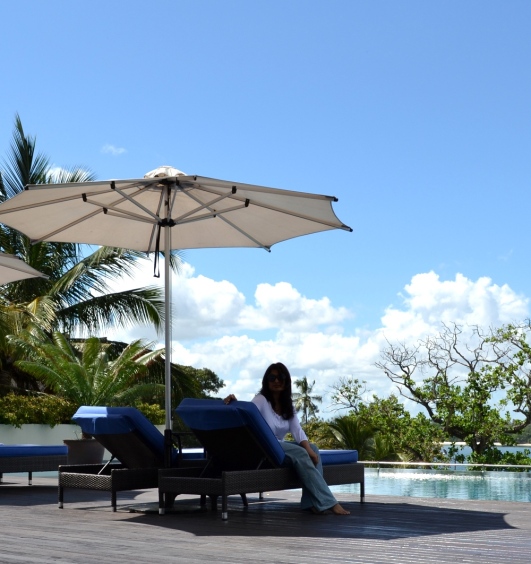 It was fun setting the timer and dashing back and forth several times to get a ‘reasonably good’ shot of myself. I just hope no one was watching from their windows…..

Nothing like travelling thousands of miles across ocean and continent, weary from lack of sleep, dying for a shower and a snooze, to check into a hotel in a foreign country, travel some more in an elevator, walk down a carpet-muted corridor, slip a card into a slot in the door….open it, and find this….. 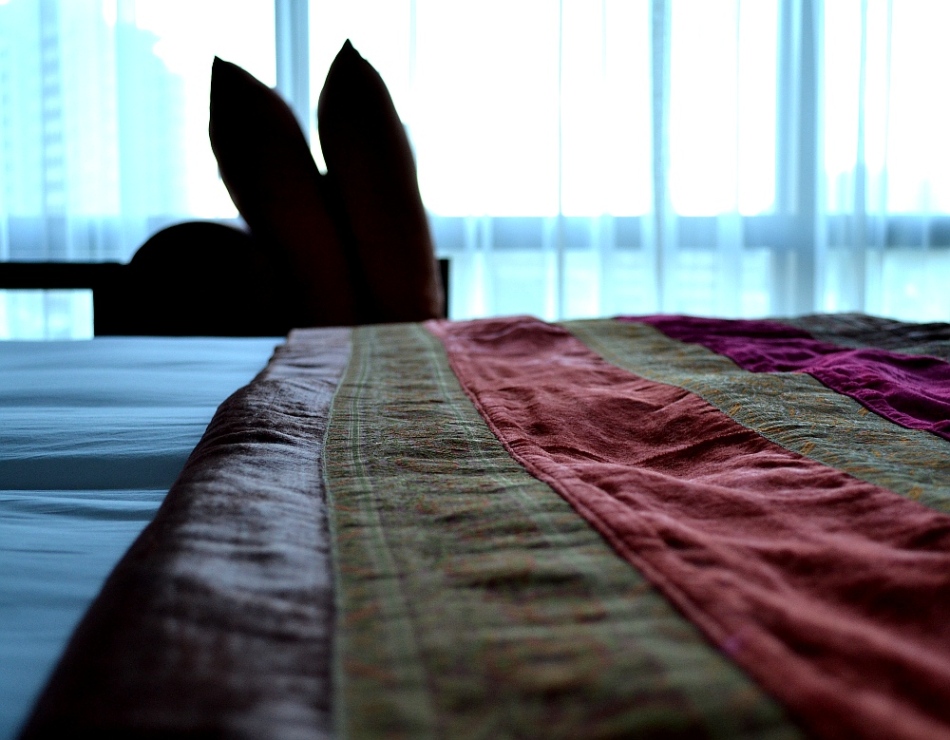 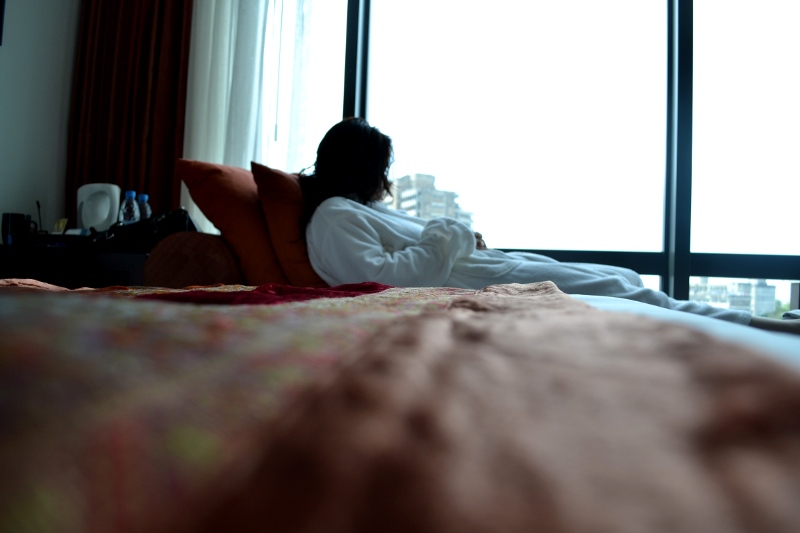 successful use of timer methinks

I do confess I was a happy creature in Tanzania last March, exactly one year ago 🙂

The two best times to fish is when it's rainin' and when it ain't.

not so deep after all...

“Now it is such a bizarrely improbable coincidence that anything so mind-bog-gglingly useful could have evolved purely by chance that some thinkers have chosen to see it as the final and clinching proof of the non-existence of God. The argument goes something like this: `I refuse to prove that I exist,' says God, `for proof denies faith, and without faith I am nothing.' `But,' says Man, `The Babel fish is a dead giveaway, isn't it? It could not have evolved by chance. It proves you exist, and so therefore, by your own arguments, you don't. QED.' `Oh dear,' says God, `I hadn't thought of that,' and promptly vanished in a puff of logic. `Oh, that was easy,' says Man, and for an encore goes on to prove that black is white and gets himself killed on the next zebra crossing.”

'I really enjoy writing novels. It's like the ocean. You can just build a boat and take off.' Denis Johnson